A Fun Day at Clark Reservation

The CNY Young Naturalists and their families enjoyed a beautiful afternoon at Clark Reservation on October 7th. Six kids and their parents learned about the history of the park from NYS Park Educators, as they taught about the influential women who helped to save this unique park in CNY.
Some highlights from the tour included the story of the park's fossil waterfall, why the lake is considered to be special due to its unique meromictic properties, as well as the opportunity to touch fossils of organisms that were over 400 million years old. 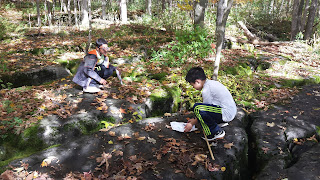 During the hike, participants were able to make rubbings of the fossils that are found on the rocks in the park. They were able to take these home with them. Everyone that participated enjoyed their hike and time in the park.

Look below for some more pictures 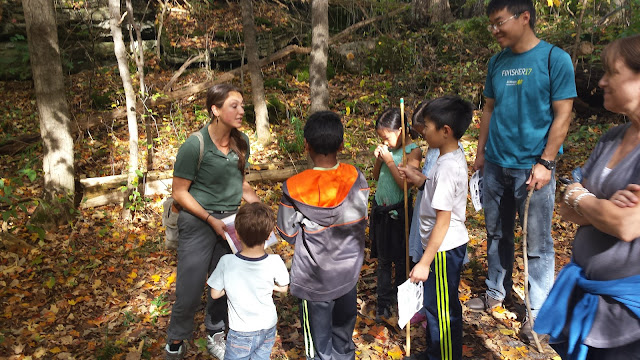 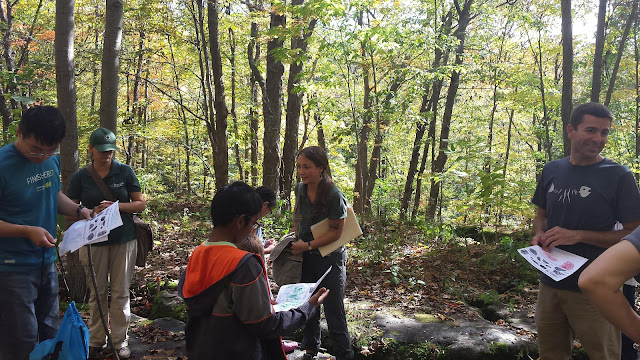 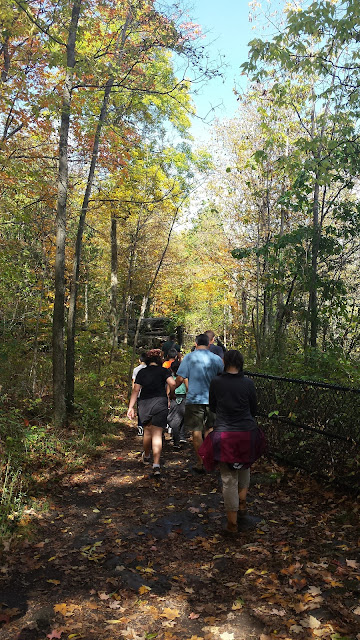 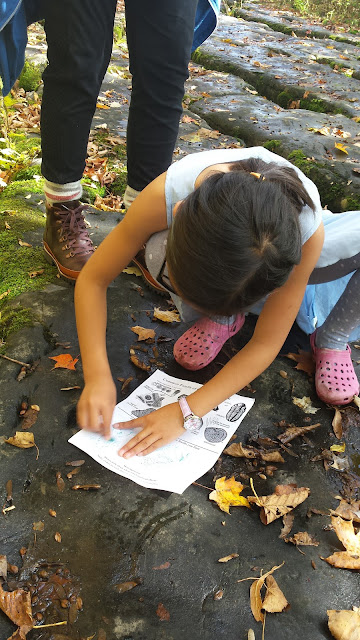